According to the news from the market-wide website, Spar wingback Faris has signed a contract with Lazio. 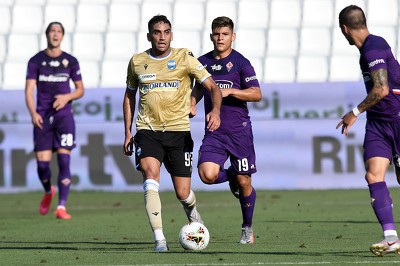 Lazio officials confirmed last week that Faris was undergoing the team's medical examination, and now reports indicate that he has signed a five-year contract.

Faris will get an annual salary of 1.3 million euros in Lazio. He was rumored to be a signing target for teams such as Inter Milan this summer.

Faris was bought out by Spar from Verona last summer. He has played 85 times in Serie A, scoring 3 goals.